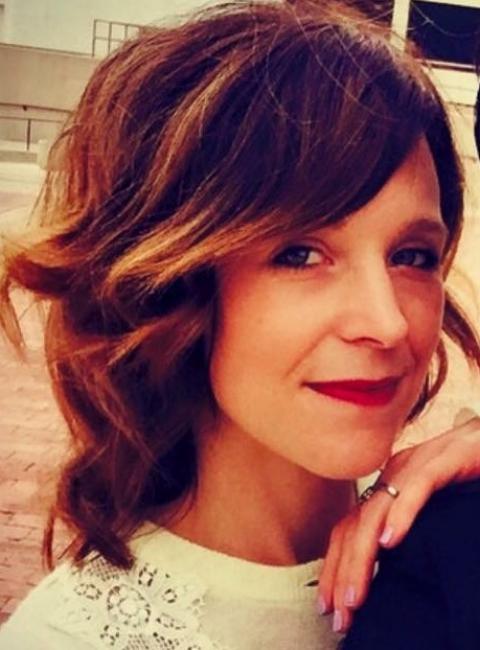 Ms. Smith has dedicated the past 15 years of her professional career to improving medical delivery systems for underserved low-income and otherwise marginalized populations in the Southwest United States. She is a Regional Account Manager for Virology and Chronic Inflammatory Diseases at Walgreen Co./AllianceRx Walgreens Prime and also works part-time for the University of Arizona’s Department of Medicine as a Research Development Professional IV. Shannon is a proud University of Arizona Wildcat where she received a B.A. in Medical Anthropology, a dual minor in Microbiology and Spanish and a Master’s in Business Administration (MBA) from the Eller College of Management. Her passion for navigating the space where healthcare, business and charity intersect is driven by the vision of supporting healthier communities – communities where access to affordable, culturally appropriate medical services are available to all. 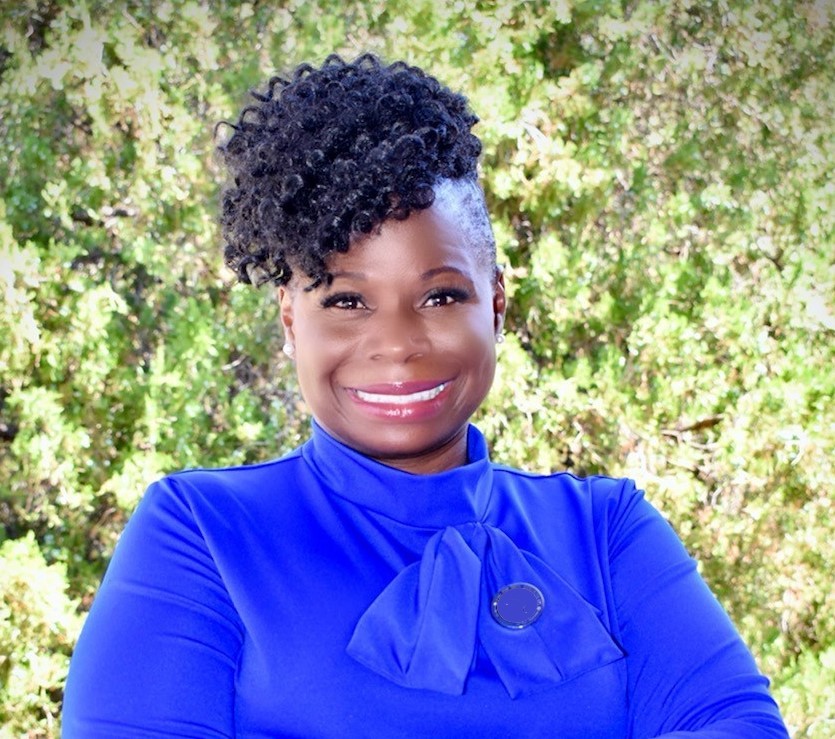 As a native Tucsonan, Andrea Verdin currently provides program oversight to funded HIV projects for the Division of Infectious Diseases at the University of Arizona. Andrea has over 18 years of experience with HIV and other STI prevention services, partner services and public health to include service with the Pima County Health Department for 11 years. Andrea also worked several years in the behavioral health arena. She attended Arizona State University earning a master’s degree in Social Work. As a social worker, she believes in service and the dignity and worth of all people and hopes to work several more years professionally to meet the needs of people.

Andrea has a small but close family unit that she loves dearly. She is a member of Zeta Phi Beta Sorority, Incorporated and services the community in numerous capacities alongside her sorority sisters. Andrea also enjoys her church of 18 years, movie nights with extended family and miniature things.

As a Tucson native, Willy Villaman is the Agency Manager of The Medicare Shoppe where he has been employed for about 5 years. Throughout the years, Willy has seen much delay in medical care within the Medicare community due to the cost burden for members. Willy has also seen Thrive help members in many ways from providing co-pay assistance to proving transportations to medical appointments. He believes Thrive can be very life-changing in various ways for many members.  Willy is excited to see all the assistance and positive life changes Thrive will provide to members for the years to come.

As the director of The Medicare Shoppe, my team and I have seen tears of concerns and fear of how members will pay for their healthcare services in so many situations over the last few years.  After seeing situations beyond their control we knew we needed to find a resource and collaborate with other organizations on a solution that would allow these members to obtain care with less stress which would result in better health.  We are excited to be part of Thrive Co-payment Assistance Program and helping these individuals with their healthcare needs. 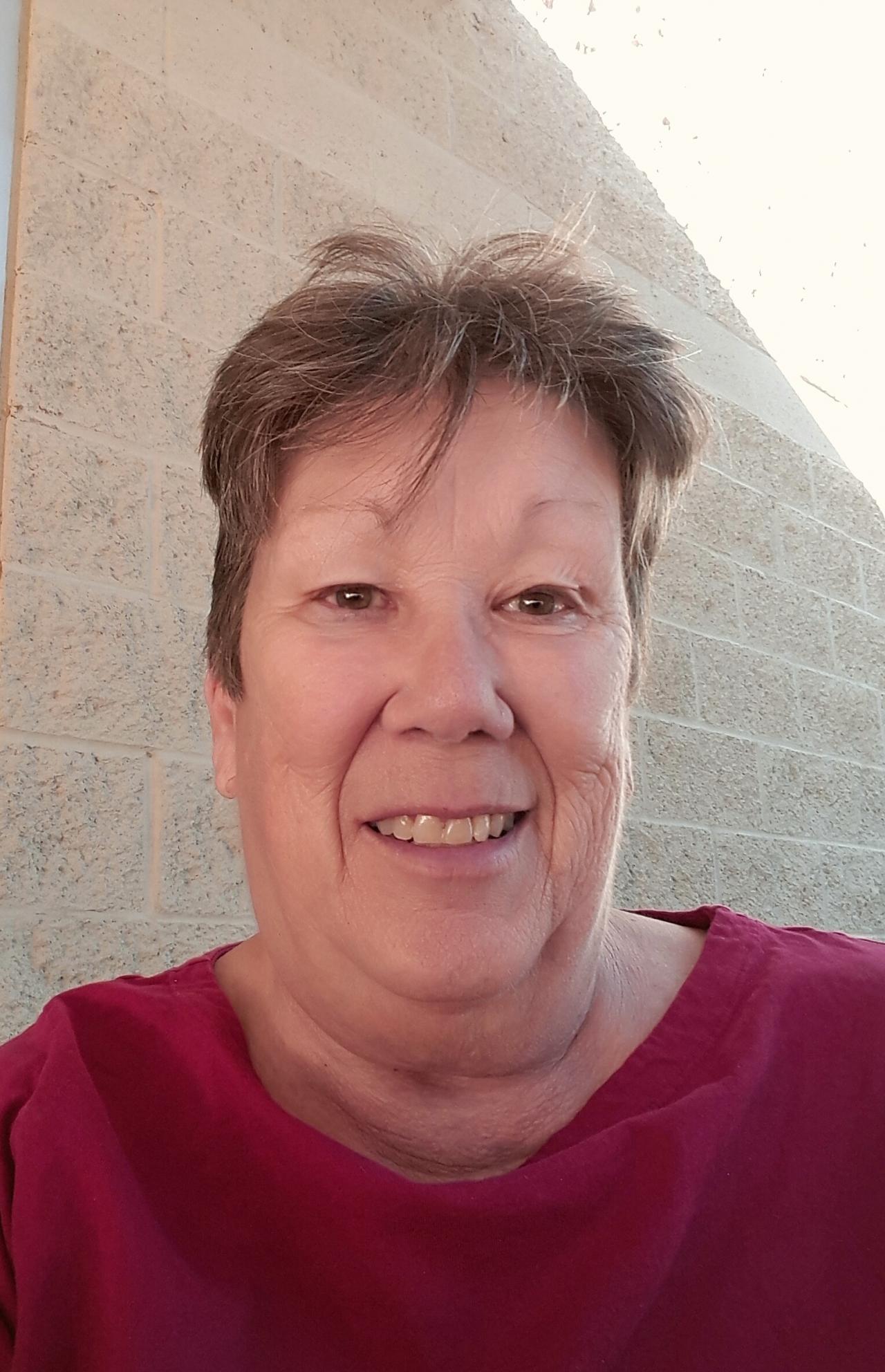 Born and raised in Tucson, Arizona, Kris attended Flowing Wells High School and Pima Community College. She has raised two terrific sons and currently shares her home with her mother and her dogs. She spent 30 years in the office supply industry and started her health insurance career in 2008. She is very excited to be apart of this wonderful non-profit organization. She says there is such a need in this community to reach out and help those that are struggling financially with medical/prescription co-pays. 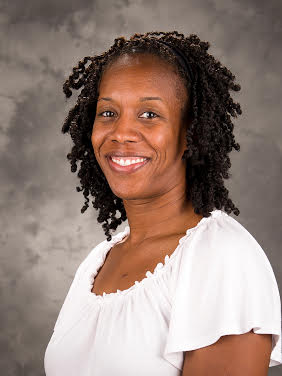 Charita Stubbs is an Arizona volleyball alum.  She enters her 15th year although not consecutive seasons as an assistant coach after helping lead the Wildcats to five of the last six NCAA Tournaments since her return to the staff. During her most recent six years on staff, Arizona has won 117 games, one of the most successful five-year runs in school history.  Arizona has made the NCAA Tournament in 14 of her 15 years on staff.

Prior to landing her first collegiate head coaching position in February 2006, Charita was a member of Rubio’s staff for nine seasons as an assistant coach and associate head coach. Helping the Wildcats reach the NCAA Tournament all nine years and finish in the top 25 in all but one of those seasons, Charita became the seventh head coach in the Wolfpack’s 31st year of volleyball, and the first African-American female to be named a head coach at NC State. Charita also served as the Founder and Executive Director of Club Red Volleyball Inc. in Raleigh, N.C. in addition to being Athletic Director and head volleyball coach at Grace Christian School in Raleigh. Prior to her time with Club Red, she served a four-year stint as the head volleyball coach at NC State.

Charita is a lifetime member of Delta Sigma Theta Sorority, Inc., and very involved with her church. She hails from Cleveland, Ohio and is married to Melvin Stubbs. They are the proud parents of two children. 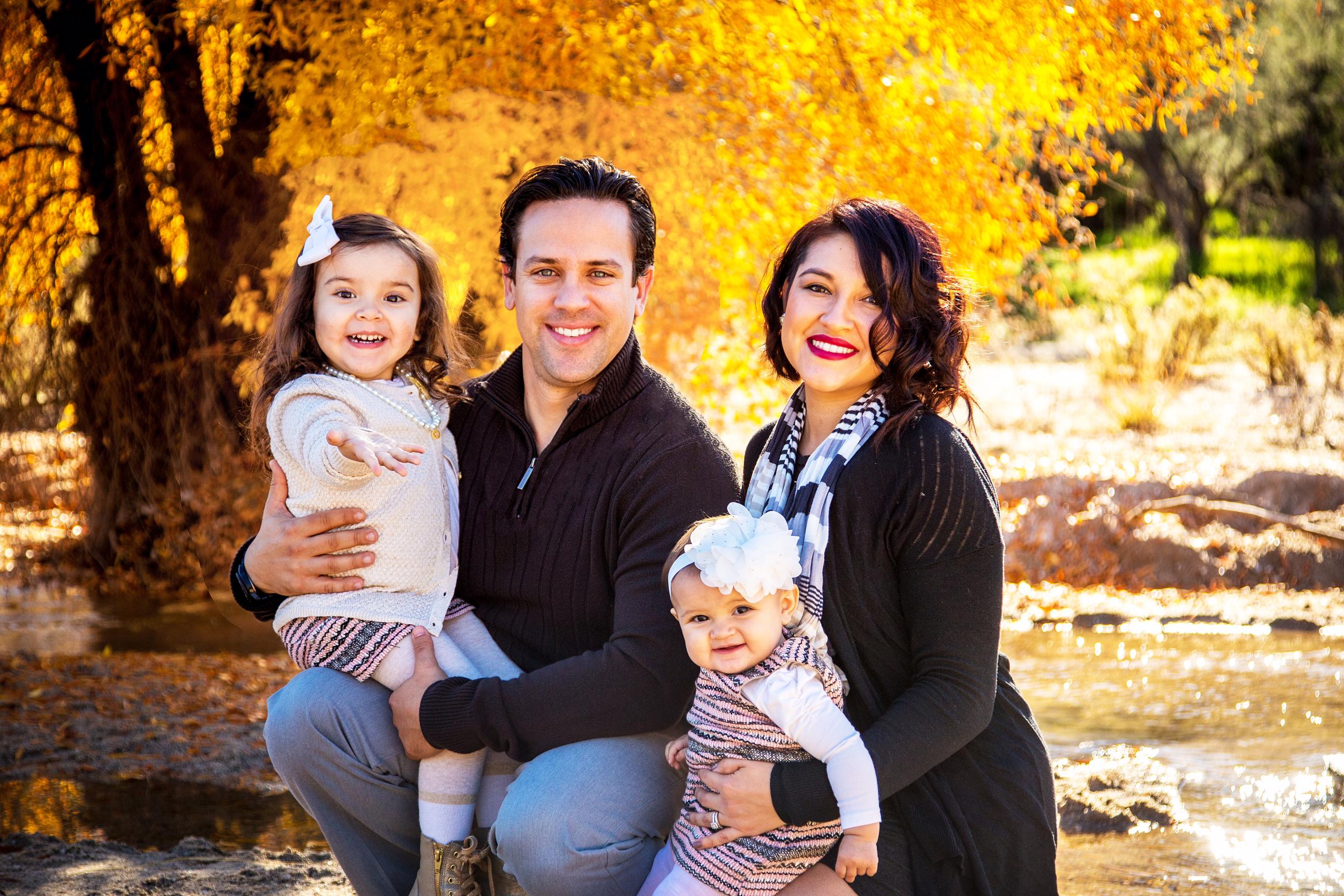 Andrew Ballmann is a local Financial Advisor with Merrill Lynch and a MBA candidate.  Prior to that, Andrew was a Captain/ Paramedic with the Golder Ranch Fire District and an affiliate with The Medicare Shoppe.  He has been involved in emergency medical services and pre-hospital care since 2008 and has seen the effects of delayed healthcare services on senior citizens and disabled individuals due to medical copays and cost.  Andrew Ballmann believes that the need for a Charity like Thrive has never been greater. The individuals involved with the creation of Thrive are extremely dedicated to helping every person with healthcare needs, and Andrew is excited to be apart of the Thrive team. 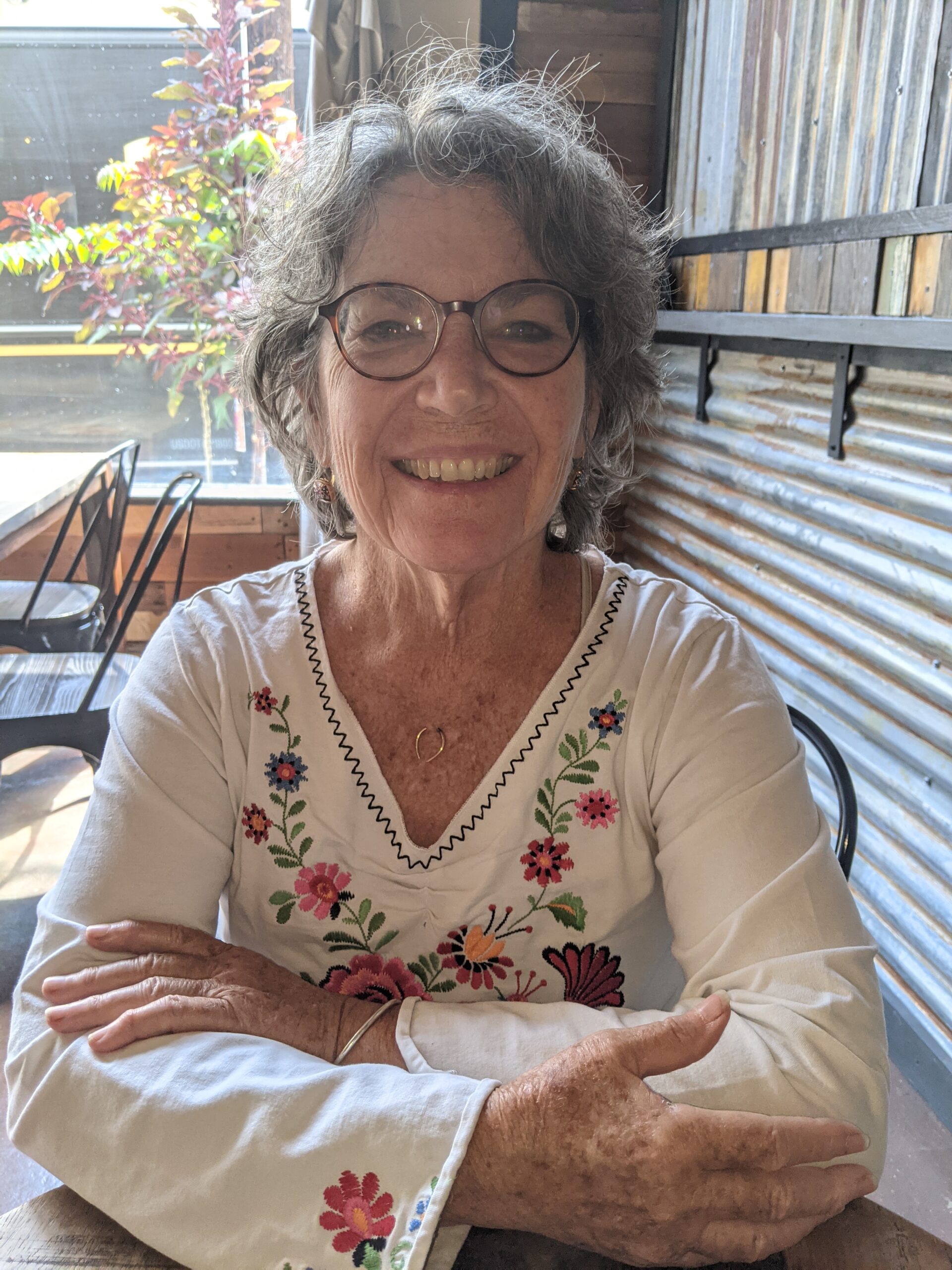 Margaret Hartnett is a 30 year resident of Southeastern Arizona, living in Bisbee. She moved to the area
from New York where along with her professional career as a chef, she was deeply involved in the
support of people living with HIV/AIDS through volunteer work and with her friends who were battling a
very new disease. It was during this time that she became acutely aware of healthcare costs for
everyone but especially those who had serious and often incurable illnesses and could not afford or
even get health insurance. She started several “GoFundMe” type projects before the internet existed to
raise money for friends whose medication costs were over $2,000/month. Those lessons stuck.

Once she retired from hospitality she began a new career in Healthcare. Margaret worked for the only

Federally Qualified Community Health Center in rural southern AZ. That practice served patients
throughout Cochise County and surrounding areas. In the 17 years with Chiricahua Community Health
Centers she served as a Clinic Manager in Bisbee, a Program Manager for the Ryan White Program for
people living with HIV/AIDS in Cochise, Graham and Greenlee counties and in the realm of Care
Coordination where she helped patients navigate the complexity of both health care delivery and their
insurance. A recurring theme Margaret has been to step up and find solutions for people who are in
need of help at a time when they are most vulnerable.